There are a number of treatments on the market for temporary hair removal, from razors and wax to more permanent solutions like electrolysis.

The Top 7 Ways To Get Smooth, Fuzz-Free Skin

For both men and women, hair removal has been a common practice since cavemen walked the earth 100,000 years ago. In those early days, hair removal was a practical necessity that helped men avoid frostbite on the face, soldiers evade enemies on the battlefield, and populations prevent the spread of diseases. It wasn’t until the ancient Egyptians ruled that hair removal was done for aesthetic reasons, when women began to pluck every hair on their bodies using a semi-sophisticated seashell contraption. Ouch. Being totally hair-free was seen as a sign of wealth and status, an opinion that people in the Roman Empire shared as well.

Although the reasoning behind hair removal might have changed in the past few thousand years, it’s still a custom that people all over the world practice every single day. Men shave their faces; women wax their legs – and sometimes – vice versa. It seems as though we’re just as obsessed with being fuzz-free as the pharaohs of the past. Thankfully, we’ve come a long way from seashell tweezers. According to Statista, “the value of the global hair removal devices market amounted to 880.2 million U.S. dollars in 2017, and is forecasted to rise to about 1.35 billion U.S. dollars by 2022.” There are a number of treatments on the market for temporary hair removal, from razors and wax to more permanent solutions like electrolysis.

Here, we’ll explore the top seven ways to get smooth, fuzz-free skin, and the pros and cons of each modern-day hair removal method:

By far, shaving with a razor is the most popular hair removal method for both men and women alike. As we all know, shaving requires running a sharp razor blade along the skin, slicing off hair as you go. Although shaving with a razor is an extremely common practice, it’s not without risks. Shaving with a razor can cause nicks, cuts, and abrasions – most of which can be avoided by using a fresh blade and plenty of lubrication, such as soap or shaving cream. However, for people with sensitive skin, shaving can be especially irritating.

Compared to other hair removal methods, shaving is only effective at “removing” hair above the skin’s surface, and its results only lasts a couple of days – or sometimes, hours – until the hair starts to grow back and cast its furry shadow. The constant upkeep associated with shaving can become very time-consuming, not to mention expensive. And since the majority of razors are disposable and made from plastic, frequent shaving can also be harmful for the environment if razors aren’t properly recycled.

Next to shaving, waxing is a very common hair removal method that can be done at home or by a professional esthetician. Waxing involves pulling hairs out from the root by applying warm, sticky wax to hair, and then pulling it off the surface of the skin. Since waxing removes the entire hair from its follicle, its hair-free effects last much longer than shaving with a razor.

Like shaving, almost any area of the body can be waxed, but it can be a more painful process. In severe cases, “skin lifting” may occur, which happens when dead and live skin cells are torn away along with the wax and hair. It’s about as pleasant as it sounds. After a wax, hair usually grows back in 2-4 weeks, but it tends to grow back soft and fine since it’s not bluntly cut by a razor. In fact, many people who receive regular waxes actually report less hair growth over time, as the follicles are slightly weakened during each waxing session.

Tweezing hair – or plucking individual hairs out with a tweezer tool – is an extremely popular method of hair removal for small surface areas, such as the eyebrows and upper lip. Tweezing individual hairs can be time consuming, which is why it’s not typically recommended for large surface areas, such as the legs. Like waxing, tweezing removes the entire hair, root and all, from the follicle, which creates relatively long-lasting results. Also like waxing, tweezing hairs can permanently destroy hair follicles, slightly decreasing hair growth over time.

Tweezing is easy to do in the comfort of your own home, but sometimes ingrown hairs and redness may occur, especially if you have sensitive skin. One type of “tweezing” method that’s seen a resurgence in popularity is the epilator, which is an “electrical device used to remove hair by mechanically grasping multiple hairs simultaneously and pulling them out.” A common complaint is that using an epilator on large areas can be painful, although that pain usually improves with frequent hair epilator sessions, as the follicles become increasingly weaker. 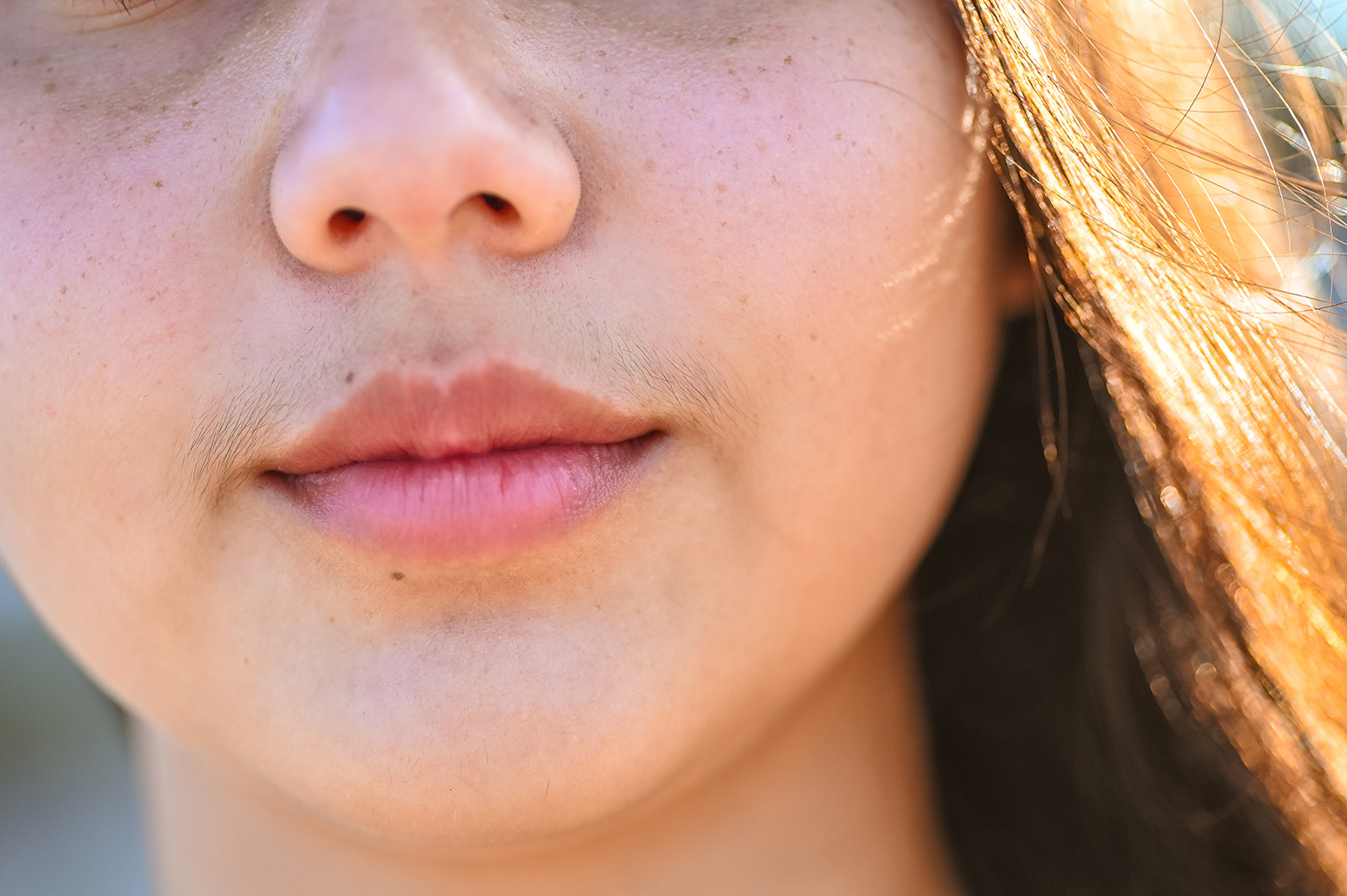 Although shaving with a razor is the most popular hair removal method, it can irritate skin and results typically only last 2-3 days

There are many hair removal depilatory creams on the market, and they boast a wide variety of benefits. Depilatory creams work by breaking down the bonds in keratin – or the important protein bonds of hair – and dissolving hair above the surface of the skin, which can then be simply wiped away with a washcloth in the shower. The entire hair dissolving process typically takes just 10 minutes, making it a quick and convenient hair removal method. However, like shaving, the results of depilatory creams do not last very long, and the process must be repeated once or twice a week to maintain hair-free results.

Additionally, depilatory creams are not appropriate for use on intimate parts of the body since they can cause serious chemical burns. By nature, depilatory creams contain many hair-dissolving chemicals, and they tend to have an unpleasant smell. If used incorrectly or applied for too long, depilatory creams can cause burns, rashes, and irritation – red, inflamed skin isn’t any more attractive than hairy skin. The most important advice to follow when using a depilatory cream is to read the manufacturer’s instructions and carefully apply the cream accordingly, testing it on a small area first before spreading it everywhere.

Bleach, although not technically a “hair removal” method, still deserves recognition among the top seven methods of reducing the appearance of body and facial hair. Like depilatory creams, bleaching hair requires chemicals in order to achieve its desired pigment-lightening results. There are many at-home bleaching kits available on the market, and they’re most popular with men and women who are looking to bleach more “socially acceptable” forms of body hair, such as on the arms and peach fuzz on the face.

Bleach is commonly used by people with dark, thick hair that shows up easily against pale skin, since bleaching makes the hair much less noticeable to the naked eye. Hair bleaching results on body hair typically last between 2-4 weeks, or as long as it takes for new body hair to grow and reveal its natural color. Because hair isn’t actually removed, bleaching is pain-free and there’s no risk of ingrown hairs or razor burn. However, if the bleach is improperly applied, it can cause chemical burns. Obviously, if your goal is hair-free skin, bleaching isn’t going to be an effective method for achieving a fuzz-free look.

For people who are looking for a more permanent solution to get rid of unwanted hair on the face and body, laser hair removal has become increasingly popular and available in recent years. Laser hair removal, or reduction, is one of the most popular cosmetic treatments in the U.S., with more than 1 million procedures performed each year. It works by delivering highly concentrated pulses of light into hair follicles, which effectively damages the follicle structure to reduce future hair growth. According to Web MD, laser hair removal works best on people with dark hair and light skin, since it relies on the detection of hair pigment in the skin’s follicles.

Like shaving, waxing, and tweezing, laser hair removal can be used for removing or reducing hair growth on the face, legs, back, arms, bikini line, and other areas. Contrary to popular belief, laser hair removal is not a one-and-done procedure, and it typically takes multiple sessions to see desired results. Although laser hair removal can be an uncomfortable procedure – many people describe it as feeling like a rubber band is being slapped against the skin – most professionals will proactively alleviate pain by applying a numbing cream before each treatment.

The only hair removal method that’s approved by the FDA and American Medical Association to permanently remove and prevent future hair growth, electrolysis effectively destroys the “growth center” of each hair follicle with a chemical or heat energy, according to Web MD. Electrolysis works by inserting a very fine needle – thinner than a single strand of hair – into each individual hair follicle, and then sending an electric current through it. The doctor then plucks the hair out with tweezers, never to grow again.

The choice to remove, keep, or maintain body hair is a very personal decision, and there is no right or wrong answer. Although the modern man no longer has to worry about his beard being pulled on during a sword fight, body hair still serves many purposes, such as regulating body temperature and protecting skin from friction. However, it’s very common for both men and women to remove body hair, and sometimes they want that removal to be permanent.

At Jiva Med Spa, hair removal via laser hair removal and electrolysis are two of our most popular procedures, and we perform up to 900 hair removal sessions in our Columbus and Dayton offices every single week. Not only do we use FDA-cleared devices and the most advanced hair removal technology, but we also provide cryogen for numbing to ensure every hair removal session is as pain-free as possible.

If you’re looking for a high-quality hair removal center in Ohio, Jiva Med Spa is the #1 place to go. We will evaluate your skin color, hair color, and aesthetic goals during your consultation, and then recommend an appropriate, personalized treatment plan. Feel free to call us at (614) 421-7546 in Columbus, or (937) 705-9430 in Dayton to get started.