I recently had several procedures done at Grandview Aesthetics and Plastic Surgery. Several facial procedures on my skin, the Vivienne and the O shot and P shot for my husband. I was thrilled with the results. I trust Dr. Nanda completely and have given him and his staff, permission to share my phone number for anyone who wants more detailed information about my experience and results.

the building for me was kinda hard to spot, but once you’re inside their suite it’s very beautiful and relaxing. my tech was amazing, and had the perfect pressure balance. i would definitely recommend this place to anyone for a wonderful massage.

I am honestly in love with this place! As soon as you walk in you feel a sense of extreme comfortability with their amazing decor & smiling staff. I got my lips done here, and it didn’t hurt a bit! Shelly was quick and shapped them perfectly! I cant wait to go back & check out the other offers they have. 10/10 recommend

Grandview Aesthetics is a very open, honest and professional center - Customer satisfaction is their top priority! Erin is wonderful!, Erin goes above and beyond to keep customers happy, answers questions they may have and always has a positive attitude.

Thank you Dave for the review. It is always great to hear from customers. #100 #greatskinohio #weloveit #gladtohelpyou

We <3 our clients and helping them look and feel better. Listen to this beauty discuss her PicoSure treatments with Dr. Nanda! Call 614-421-7546 to schedule a free consultation today! #GreatSkinOhio

After just a week after my pellet procedure I felt improvement. I slept better, felt more energy, improved libido and my hot flashes went away. I recommend Dr. Nanda and BioTe to improve and change your life. It changed mine.

After having several implant procedures, I am extremely pleased with the results, noticeable increase in energy, I sleep better, and have an overall increase to my activity level. I would strongly recommend the procedure to anyone with low or diminishing testosterone levels.

I was falling asleep at stoplights on my way home from work because I did not sleep well at night, I could not focus at all, and the thought of being intimate with my husband was the farthest from my mind. I was just trying to get through each day. Within one week of the Bio Te hormone balance system, I felt a difference, I began getting a good night sleep, I was able to focus at work and I feel like my husband and I are newlyweds! I have more energy and I am enjoying life again. I highly recommend the Bio Te hormone balance system with Dr. Nanda.

The main reason I love the BioTE  is it has given me my ability to be more like a younger woman. I am able to be intimate with my husband without all the pain. I feel the dryness of my whole body is better, and my overall mood is better.  I highly recommend this procedure.

My sleep, moods have improved.  I’m now able to lose some weight.  I’ve had my pellet only 2 ½ months and already seeing wonderful results.  I really appreciate not having those hot flashes! I highly recommend Dr. Nanda at Jiva Med Spa and the BioTe program.

“I am thrilled with the results of laser procedures performed by Dr. Nadna. Concerned about darker sun damage spots & broken capillaries on my face I saw Dr. Nanda who effectively made them undetectable to the human eye. I can now go out in public with no make-up and feel confident. Additionally Dr. Nanda used a laser on a several facial scars I’ve had since childhood and the treatments resulted in a unexpected dramatic improvements as well. I am tickled pink as I look much younger, I have received countless compliments on my complexion, have less worried about potential skin cancer developing in the treated areas, and the cost was less than one year’s worth of quality makeup so Dr. Nadna’s treatments vertically paid for themselves.”

“When Dr. Nanda began treatments, my toenail fungus was more than years old. My right great toe was mostly gone. The remainder was extremely thick and brittle, blackened underneath and yellow on the surface, and grossly unhealthy in appearance. I was embarrassed if anyone saw it. The fungus had also spread to other toenails on my right foot.

This was a difficult fungus. It had resisted serious prior treatments. It persisted despite a full year of daily oral prescription. Lamasil and it resisted laser treatments by another foot and ankle wellness center. Dr. Nanda’s laser treatments were much more aggressive than the other treatments I had received. His patented prescription of topical medicine applied twice daily, seems to be much more effective. I’ve seen steady improvements as a result of the treatments. My toes have cleared significantly, and they have grown back to near normal from nearly being gone. Instead of yellow, opaque and brittle, I can see pink skin through my nail. Dr. Nanda has also prevented further spreading of the fungus to other toes.

Before I saw Dr. Nanda I was afraid I would lose all my toenails and possibly my right great toe. I’m pleased by the progress achieved over the past year. Although the fungus is not yet gone, this process, as I have learned, takes a long time. I am so pleased to see real improvement, and I hope to report in the future that the fungus as finally been fully eradicated, and I’m worry free about the health of my feet and toes.” 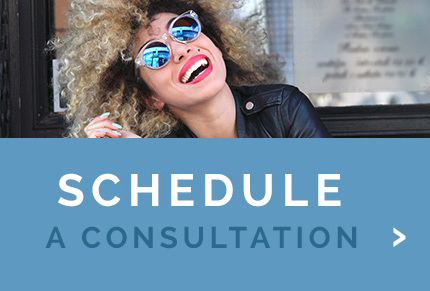