Hair loss can be frustrating, but there are treatment options for people who want to regain a youthful head of hair.

All About Hair Loss:

Humans – like all mammals – are hairy creatures. While we may appear relatively bald compared to our chimpanzee counterparts, the human body is actually covered in approximately 5 million hair follicles. However, unlike other primates, we have the unique ability to grow out the hair on our heads.

Every human head has about 100,000 hair follicles, and each follicle can grow approximately 20 individual hairs during a person’s lifetime. On average, hair grows .5 inches each month, or 6 total inches per year.

Why is hair so important to self-confidence?

Hair has always been used as a form of self-expression, and it has long been associated with youth and beauty. Wealthy women in Ancient Rome used to wear their hair in intricate braids and knots dusted with gold powder; Queen Elizabeth has gone down in history for her elaborate headdresses and curly red locks. In the 1950’s, Elvis Presley became a classic hair icon with his slicked-back pompadour, a style that’s still popular today.

Hair styles and trends are always changing, and hair is an important part of a person’s overall appearance. For that reason, hair thinning and hair loss can be traumatic for many individuals. Sure, some people look great with a bald head – think of Hollywood stars like Bruce Willis, The Rock, and Samuel L. Jackson, for example – but the majority of people who experience hair loss do not choose to do so, and they often seek treatment to remedy the condition.

The medical term for hair loss is alopecia, and it can be caused by a number of factors, including vitamin deficiencies, chemotherapy, stress, anemia, genetic susceptibility, and hormonal changes. Regarding hormonal changes, major life events such as puberty, pregnancy, and menopause can all affect hair growth in some way.

Most common among the general population, hereditary male- and female-pattern baldness affects 50 million men and 30 million women in the United States. This condition is called “androgenetic or androgenic alopecia” and is often attributed to genetic predisposition and family history, according to Medicine Net. Hereditary male- and female-pattern baldness causes certain predisposed hair follicles to shrink, which shortens the typical hair growth cycle. Hairs will progressively grow in thinner and finer, until the hairs stop growing altogether. By age 50, approximately 50% of men and 25% of women will experience some degree of hereditary hair loss.

Male-pattern baldness is most evident on the temples and the crown of the head; female-pattern baldness tends to be less obvious. Some women simply notice a general thinning, or they might feel like their ponytail isn’t as thick as it used to be. According to Medicine Net, more women have underlying causes of hair loss than men, such as thyroid disorders and polycystic ovary syndrome. It’s best to visit a doctor to eliminate any medical factors before beginning a treatment regime.

Minoxidil – or Rogaine, as it’s commonly known – is an FDA-approved over-the-counter topical medication for the treatment of hereditary hair loss in men and women. With daily use, Rogaine works to revive hair follicles, increase their size, and extend the length of the Anagen growth phase.

Rogaine is available in a 2%, 4%, and extra-strength 5% solution, and it needs to be applied every day for optimal results. Additionally, it works best on the crown of the head vs. the temple, and it can cause accidental hair growth in unwanted places, such as the forehead. It’s important to note that topical medications such as Rogaine are not a “cure” for hair loss, and they must be used regularly to maintain their results.

In addition to Rogaine, there are a number of shampoos that claim to stimulate hair growth and increase scalp circulation. One such solution is the Ducray anti-hair loss regimen, which includes growth-stimulating shampoo and conditioner, in addition to a hair growth lotion and nutritional food supplements. The Ducray solution can be used by both men and women alike to achieve results.

For men who would rather take a pill than apply topical medication, 1 mg finasteride (or Propecia) tablets can be prescribed for the treatment of male-pattern hair loss, but not female-pattern hair loss. According to Web MD, Propecia works by preventing the conversion of testosterone to dihydrotestosterone (DHT), which can shrink hair follicles and lead to baldness.

Interestingly, Medicine Net notes that Propecia is a lower-dose version of a commercially available drug called Proscar that helps shrink enlarged prostates in middle-aged and older men. Although Propecia can grow and thicken hair, it does a better job at preserving the hair men already have rather than stimulating new growth.

According to Web MD, The American Hair Loss Association recommends Propecia as the first line of attack for all men interested in treating male-pattern baldness. However, the drug is not without its downfalls. The common side effects of Propecia include impotence or a decreased sex drive, and the pills cost about $70-$100 for a one-month supply.

Kenalog Steroids are used to treat Alopecia Areata (AA), which is the most common autoimmune disease in the United States. AA causes the body’s immune system to attack its own hair follicles, which eventually leads to thinning and baldness. This thinning and baldness can range from person to person – some experience small, coin-sized patches that can be easily covered, while others lose all the hair on their head, including eyebrows and eyelashes.

According to ClinicalTrials.gov, Kenalog steroids are “administered via injection into the scalp and appear to have some efficacy for patients with mild to moderate alopecia areata.” When Kenalog steroids are injected directly into a bald patch, they work by calming the body’s immune response, thus eliminating the attack on hair follicles.

Kenalog steroids usually need to be injected every 30 days, or as prescribed by a doctor. Additionally, Kenalog steroids are only affective for people who suffer from Alopecia Areata, not male- or female-pattern baldness.

PRP – or “Platelet-Rich Plasma” – is a concentration of platelet-rich plasma protein, and it’s produced by drawing a person’s blood and separating the red and white blood cells from the platelets and plasma. This leaves a plasma rich in platelets that can be used for therapeutic purposes.

PRP is said to help heal tissues and generate new cells, and injecting PRP into the skin can naturally boost collagen growth to smooth fine lines and wrinkles. Recently, PRP has also been used as an innovative therapy for hair loss in men and women.

According to Healthline, PRP for hair loss is “a three-step medical treatment in which a person’s blood is drawn, processed, and then injected into the scalp.” It’s thought that PRP triggers hair growth by increasing blood supply to the hair follicles. Although there have been promising results from PRP, it’s not FDA-cleared for the treatment of hair loss. Additionally, it requires treatments every 3-6 months to maintain results.

The FUSS method involves cutting a 6- to 10-inch strip of skin from the back of a patient’s head, and then dividing the strip of scalp into 500-2,000 tiny grafts of healthy hair follicles. Then, a doctor individually implants each graft into the area of balding scalp. Patients are left with a horizontal scar that typically runs from ear to ear.

The FUE method is less invasive, but it requires a patient to shave his or her head prior to treatment. Then, a doctor will remove healthy hair follicles one by one. Just like with the FUE method, the doctor individually implants each hair follicle into the area of balding scalp.

Both the FUSS and FUE methods take about 4-8 hours, depending on the number of grafts and hair follicles that are transplanted. Patients will experience some pain over the next week or so, and they’re usually prescribed antibiotics to prevent infection. According to Web MD, most people see about 60% of new hair growth after 6-9 months.

Currently, NeoGraft is the most advanced, FDA-cleared medical treatment for the reversal of hair loss in men and women. NeoGraft is a cutting-edge procedure that piggybacks off the FUE hair transplant method.

However, NeoGraft has a higher success rate than both FUSS and FUE, with about 90% of a patient’s transplanted hair surviving post procedure.

The NeoGraft procedure uses a handheld automated device to detect and locate healthy, hormone-resistant hair follicles that are the same length and diameter of the transplant site follicles, which allows the “take rate” to be dramatically increased. The device then individually extracts and transplants those healthy hair follicles into the areas where a patient is experiencing thinning and baldness.

Since NeoGraft does not require any cutting or scalp removal, it creates a very natural-looking, scar-free result. All healthy hair follicles that are transplanted are expected to show full growth in 9-12 months following the NeoGraft transplant procedure. Like a traditional hair transplant, NeoGraft is expected to take anywhere from 4-8 hours during a singular doctor’s visit. 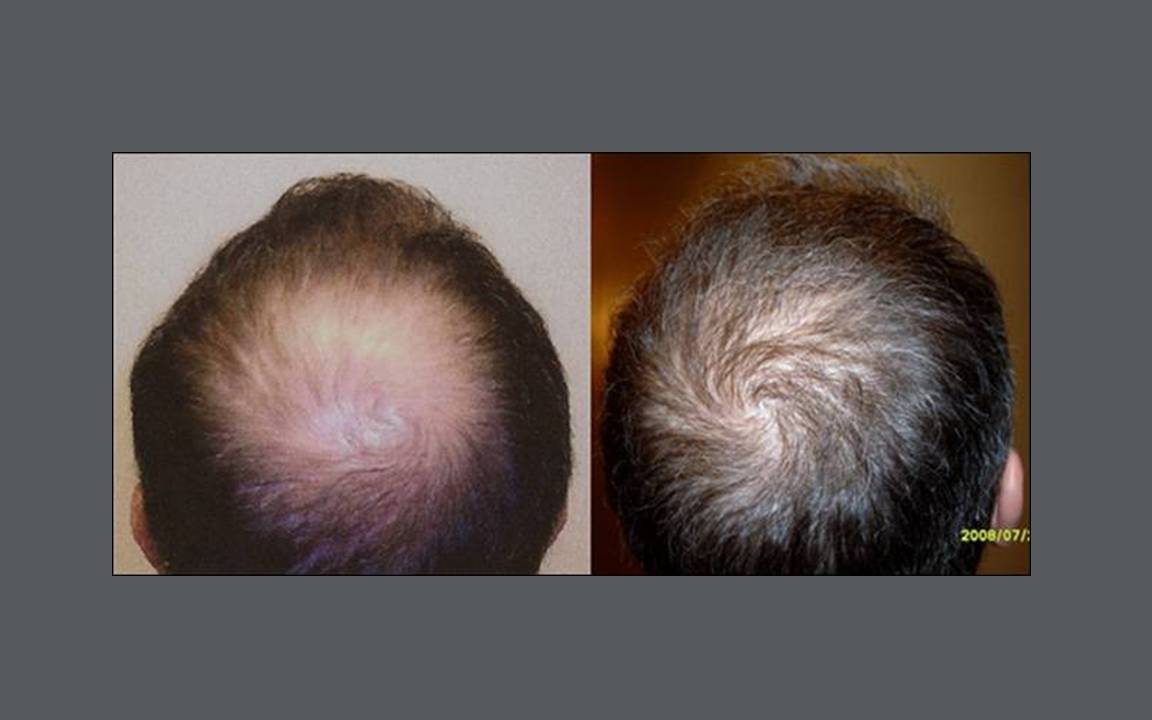 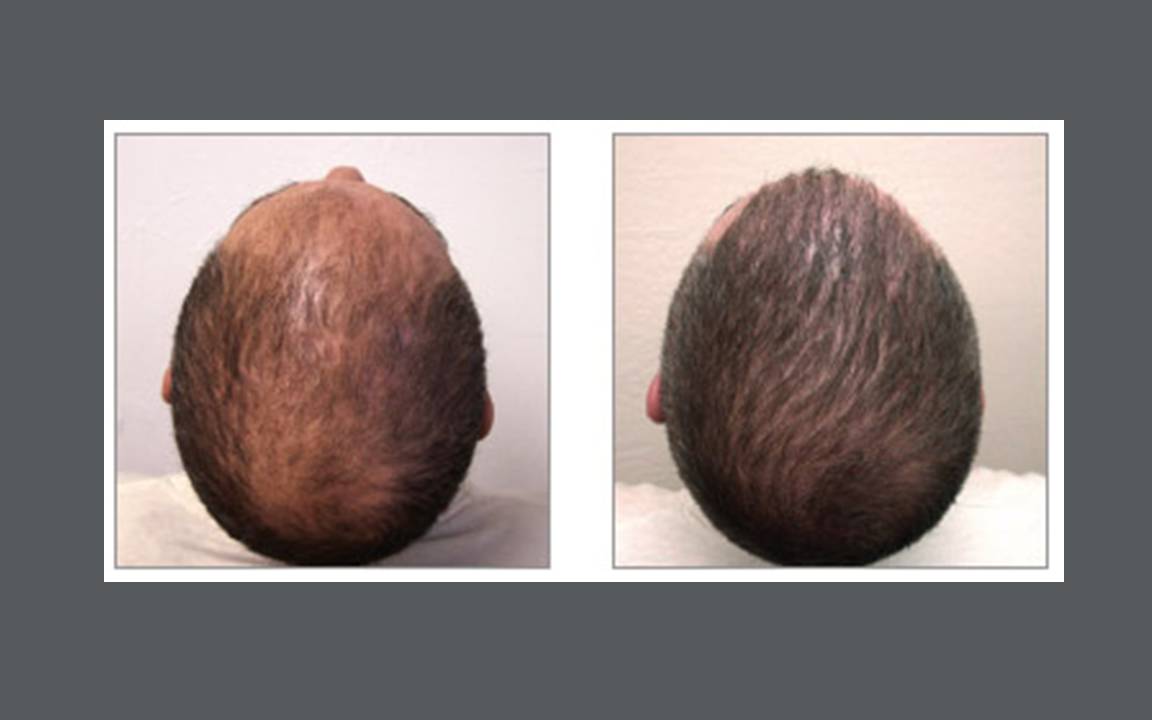 NeoGraft is the most advanced surgery for hair loss, and patients can expect to return to their normal lives and routines within a week after the procedure.

Conclusion: Hair Loss Is A Natural Part Of Life, But Modern Technology Can Help

Millions of men and women experience hair thinning and hair loss each year, and hereditary male- and female- pattern baldness is most often the cause. Although hereditary hair loss is a natural, normal part of life, it can severely impact self-confidence in both men and women.

Thankfully, modern advances in medication and treatment technology have provided viable solutions to combat hair loss and even reverse the condition.

If you’re looking to improve the way you look and feel with treatment for hair loss, Jiva Med Spa can help. We specialize in NeoGraft hair restoration surgery, and we also offer PRP treatments and professional-grade hair loss shampoos including Ducray.

With our free consultation services and financing options, you can find the right hair loss solution to fit your needs and budget.